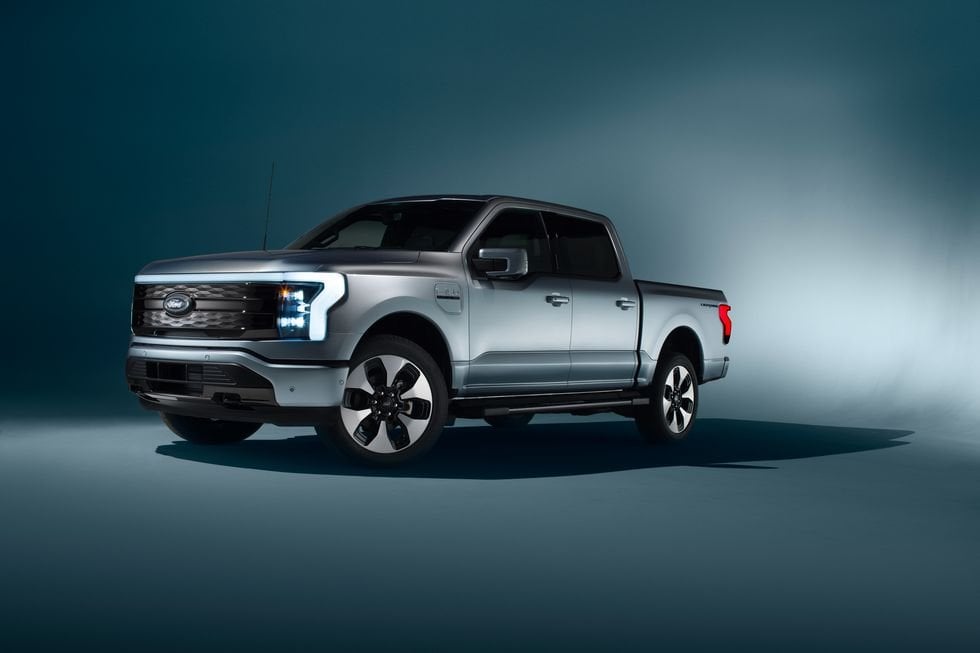 Ford’s all new, all electric F-150 Lightning puts a 320 mile Extended Range Battery in the most popular pick-up truck of all time. With giant competitors like GMC, Tesla and Chevrolet and dark horses from Hummer, Rivian and Lordstown, Ford proves itself worthy of a place on the podium. But does it deserve the gold?  Carman Ford examines the top 5 reasons that make the new Ford F-150 Lightning the best electric pick-up truck ever made.

Thomas Edison invented the light bulb. Henry Ford invented the modern pick-up truck. The two friends lived next to each other in Fort Myers. Any surprise your next F-150 will run on pure electricity?

For over four decades, the F series trucks have proven to be the best selling vehicles in the United States, while also maintaining their status as the best selling pick-up trucks for over forty-four years. Followed closely by competitors, none have been able to match Ford’s resilience and ability to improve upon the already magnificent F Series Trucks. If history is any indicator, this might just be the best F-150 ever made.

What is it about speed that excites us? Is it the feeling? Is it the competition inside of us? We may never truly know but regardless of your gut feeling, the F-150 Lightning offers plenty of horsepower. Almost as quick as a Mustang Mach-1, the Lightning gets you to 60 miles per hour in 4-seconds flat. Boasting two electric motors with 580 HP and 775 pound-feet of torque, the Lightning would make even the fastest Formula One driver smile.

Whether you’re hauling construction materials for a living or taking your boat to the lake for the weekend, the F-150 Lightning can handle any load you attach to it. Built Ford Tough, the Lightning’s maximum payload capacity runs up to 2,235 lbs of maximum hauling capacity. The Silverado EV only goes up to 1,300 lbs of payload. It’s no surprise the Ford F-150 continues to top their American competitors in the pick-up truck category.

Summer is here and so are thunderstorms. That means downed power lines and outages in your neighborhood’s grid. Scenario: The power just went out and you have a giant catering order in the fridge for a very important client tomorrow – What do you do? Have no fear, the F-150 Lightning is backed up by Ford’s Intelligent Backup Power. That means your home can be charged from your truck. Wait a minute – My home can be powered by my truck???

With an estimated ability to power your home up to 10 days, Ford’s Intelligent Backup Power system uses the battery in your F-150 Lightning to keep your groceries ice cold and your lights on. Using the skilled team at Sunrun, the first of its kind home integration system is installed directly into your power box for under $4,000.

The new Lightning is loaded to the gills with technology! Ford has placed a vertically positioned 15-inch touchscreen on the dashboard in your new F-150 Lightning, harboring a small knob for volume control and other features. Don’t want to use your hands? no problem. Voice controls come standard in your new F-150 Lightning. And if you’re thinking about purchasing the Lariat or Platinum model of the Lightning, Ford now offers SYNC 4A. It’s an ingenious new feature that allows you to speak to your truck in a natural conversational voice, cloud based connectivity, Apple CarPlay, Android connectivity and much more.